Most people are familiar with famous sculptures such as Michelangelo’s ‘David’ or Rodin’s ‘Thinker’. But have you ever heard of micro-sculpture?  These tiny creations can actually fit in the eye of a needle!

Willard Wigan is the micro sculptor whose talent makes literally microscopic works of art possible. These sculptures are so small that viewers must use a microscope in order to examine them! Such an unusual specialty makes Willard stand apart from other artists, so others are frequently curious about how his career path as a micro sculptor first began.

Willard was always interested in creating small things. He says, “It began when I was five years old. I started making houses for ants because I thought they needed somewhere to live. Then I made them shoes and hats. It was a fantasy world I escaped to.”

Escape is a common theme among young children with dyslexia, and Willard is no exception. Born in 1957 in Birmingham, England, Willard found it difficult to relate to traditional learning through the written word, so school was a challenge. Willard was faced with constant bullying from classmates and discouragement from teachers.

He acted out, even going so far as stealing a microscope from the science lab in retaliation for unkind treatment from a teacher. One teacher caused him to feel so much distress that he says, “(She) destroyed me academically. Obliterated. That was it. I became a recluse. I locked myself away.” It was during this time of self-imposed isolation that he happened to make a miniature carving of a woman on the very tip of a toothpick. When he showed the toothpick to his mother, she told him it was good, and very nice.

Willard still recalls this moment in great detail; this positive feedback was a transitional moment for him, who came to a realization right then. The realization was this: He could be the greatest at something. And that thing was micro sculpture. 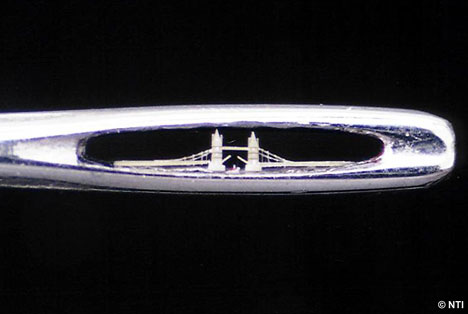 Willard focused all of his energy on his art. He became devoted to the idea of fitting more and more items with greater and greater detail in minuscule spaces. He didn’t attend formal classes, and to this day, he is completely self-taught. His current sculptures are as small as .0002 of an inch, fitting easily on the head of a pin or the end of an eyelash.

Included among them are sculptures of familiar people, places, and scenes throughout history, including Noah’s Ark, The Last Supper, The Titanic, and Pieta. He has sculpted the portrait of Queen Elizabeth II on a coffee bean and a model of St. Bartholomew’s Church on a grain of sand. Always striving to be better, Willard says, “As small as what you’ve seen, it’s not the best of me yet. I’m taking it even smaller because I’m not satisfied with my work right now; it’s too big.” 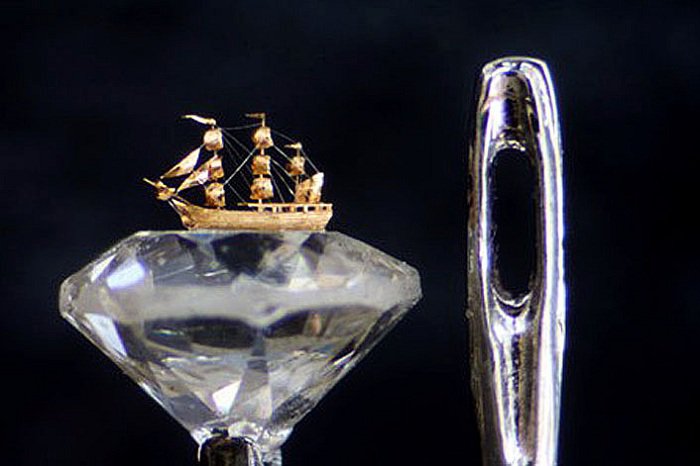 Willard’s work is considered inspirational and educational across other professions. His groundbreaking techniques and skills have helped others in different professions make great advances in their fields. He advises watch makers, micro-surgeons, nano-technologists and universities worldwide on techniques to improve their abilities, such as training their hands to only make movements only between heartbeats.

In 2007, Willard was decorated with one the highest awards given to citizens from the British government, a Member of Most Excellent Order of the British Empire, for his contributions to the art community.

Willard is a dedicated supporter of charitable causes, particularly those relating to children and animals. Often taking time out from his busy schedule, Willard works with children in less privileged circumstances.

During his interviews for the 2011 documentary, “Journey into Dyslexia,” he said, “Being dyslexic is actually a gift. That’s what I believe.” That boy who found art as an escape has amounted to one of the most respected and esteemed artists in the world, a role model for the children he works so hard to inspire.