The Strengths of Dyslexia

One of the most important things is to remember as the parent or teacher of kids with dyslexia is to focus on identifying and building strengths.  That is why we are sharing some of the little-known strengths of dyslexia. 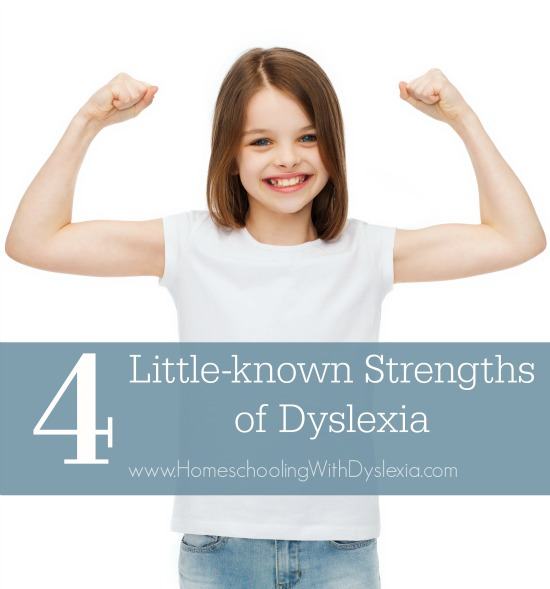 In case you’re new around here and don’t know yet, dyslexia is a genetic difference in the wiring of the brain.  It causes those whose brains are wired thus to struggle mightily with the written word – this in complete contradiction to the average to above average intelligence that they possess.

Up until very recently, dyslexia has been defined, detected and diagnosed primarily based on the weaknesses associated with dyslexia.  Namely, poor reading, writing and spelling ability despite being of average to above-average intelligence.  Dyslexia has been called a ‘hidden disability’ because it isn’t obvious except in the school setting.

Many would go further to say that, although dyslexia appears as a disability in certain circumstances, it is actually just a learning difference.

The way that the dyslexic brain works is not bad, it isn’t wrong, and it isn’t deficient. It’s just different. And the difference is not a disability. In fact, the differences in a dyslexic brain bring with it many advantages that go unrecognized and are often mislabeled and even maligned.  – graphic designer Madalyne Hymas

Interestingly, researchers Brock and Fernette Eide have taken the time to study brain function and structure as well as real people with dyslexia with some profound findings.

These different wiring patterns in the dyslexic brain that cause so much trouble with 2 dimensional learning, also result in some pretty powerful 3 dimensional strengths – a structural trade off, if you will.

People with dyslexia are known for their lack of fine detail strengths – the strengths that result in accurate and precise reading and spelling.

On the flip side, the wiring of the dyslexic brain results in global big picture strengths such as strengths in comprehension, word associations, context and gist. 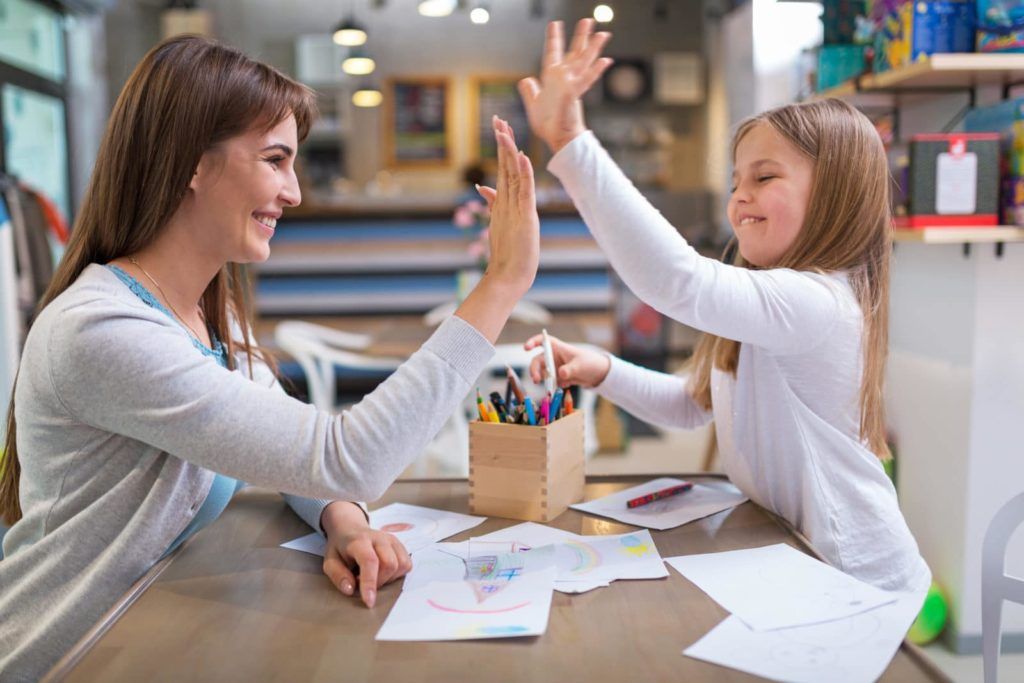 The Eides have documented 4 fascinating areas of strength that people with dyslexia possess.  These are explained in their book, The Dyslexic Advantage, as follows:

M-strengths are described as an ability to reason about the 3-dimensional properties of the physical or material world – the shape, size, motion, position, spatial orientation and interaction of physical object.

This is the ability to think and reason in 3D People with these strengths are excellent at conceptualizing objects or systems and manipulating them in their minds.  For example, the land developer who has the ability to see land and envision a building complete with landscaping that could be there – all in the mind.

I-strengths are described as an ability to spot connections or relationships between different objects, concepts, or points of view.

Consider this example from the Dyslexic Advantage web site:

“I asked my 11 year old dyslexic son what do you think of when I say the word cat.  After about 5 seconds I said, “I think of a fuzzy kitten.”  Eventually he said, “Well first I wondered are you talking about someone named Cat or are you talking about a tiger or a lion or maybe you mean a mama cat with her kittens or maybe a cute little kitty or maybe you mean a cat walk up in the sky.  This is what he thought of in 5 seconds! while I thought of a fuzzy kitten before I interrupted his train of thought.

What an eye-opening scene this is!   People with dyslexia, who are often thought of as being slow, aren’t’ slow at all.  They are just thinking of so many things – while we with our simple minds are thinking of one simple thing.

“I always had trouble with multiple choice questions in college because I’d think of so many different ways to interpret questions.” – Tech venture capitalist

This is perhaps where the idea of dyslexics being more creative comes into play.  In one study, dyslexic subjects came up with 30% more possibilities on an alternative use task (i.e. asking subjects to name some alternative uses for a brick).

N-strengths are described as an ability to create stories by connecting a series of mental scenes from past personal experience, as well as the tendency to use stories to recall the past, understand the present, and imagine the future.

This is the ability to tell an amazing story and be able  to imagine different scenarios.  People with narrative strengths tend to think in stories.  This is also called episodic memory.  This strength in personal episodic memory results in weak rote memory – a memory paradox.

As the mom and teacher of many kids with dyslexia, I find this knowledge eye-opening because in the school setting, we are often asking our kids to focus on tasks that require rote memory.  Check out this chart for more insights.

People with D-strengths have the ability to recombine elements of past experience and use this information to predict or mentally simulate future outcomes with great accuracy.

People with dynamic reasoning strengths have great ability to project into the future and make predictions about the future based on their previous experiences.

Consider this quote from Gerry Wittenberg, CEO of Party City:

“I spend most of my time in business thinking, “What’s next?” I see it.  I see it in my mind and I start working towards it. “

It’s easy to see how a person with dynamic reasoning strengths would also have strong entrepreneurial skills.  Research has shown that, although dyslexia makes up about 20% of the population,  about 40% of entrepreneurs are dyslexic. 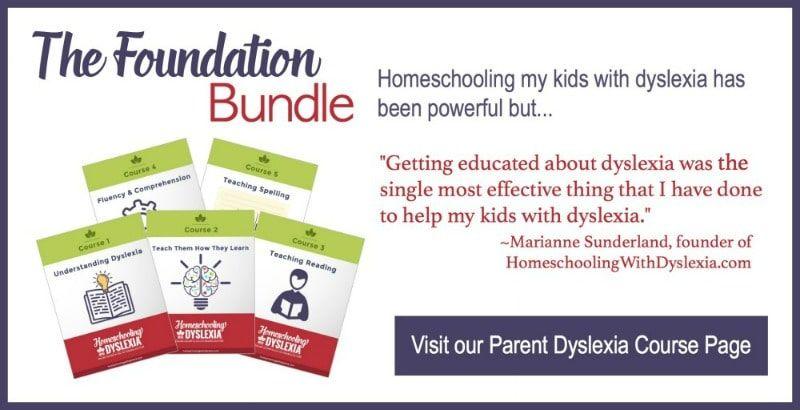 One of the most important things is to remember as the parent or teacher of kids with dyslexia is to focus on identifying and building strengths. Too often all the focus is on “fixing what’s wrong” rather than celebrating and nurturing what’s right.

Dyslexic brains are organized in a way that maximizes strength in making big picture connections at the expense of weaknesses in processing fine details.

Most of what is done in the classroom in the early grades focuses on acquiring the kind of rote skills that are dependent on perceiving visual or auditory things very clearly as well as learning skills automatically to the point where you don’t have to think about them. These are just the kinds of rote and fine detail skills that dyslexic kids tend to have difficulty learning. But because that’s where the focus is in the early grades, their strengths in big-picture processing or remembering personal experiences tend to get overlooked.

While dyslexic children may struggle in the early grades, they often grow into gifted story tellers, inventors and entrepreneurs. 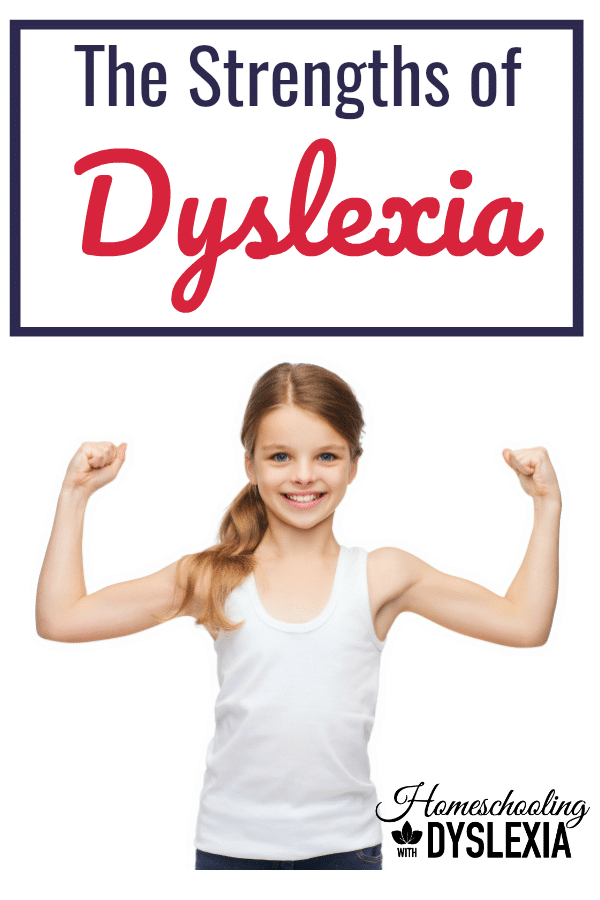